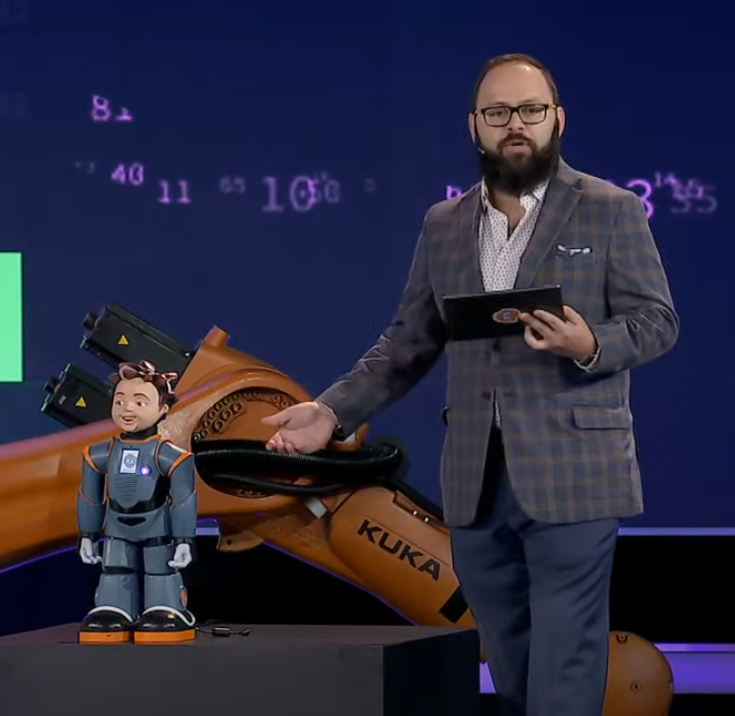 Why do autistic kids respond so well to robots?

Can a Social-Emotional Learning Curriculum Make the Difference?

This article was originally published by our friends at ITWeb.

Social robots, the next generation of humanoid robots, are paving the way in teaching humans psychological skills by acting as tutors programmed specifically for social interaction.

This was the word from artificial intelligence (AI) experts, speaking during a roundtable discussion, titled “Social robotics and engineering”, at the recent Global AI Summit in Riyadh, Saudi Arabia. A social robot can be described as an autonomous robot that interacts and communicates with humans or other autonomous physical agents by following social behaviours and rules attached to its role, according to Wikipedia.

Social robots are increasingly being used in psychology, where they play the role of therapists, offering robot-assisted psychological interventions, particularly in helping to deal with mental disorders such as autism in children.

Programmed specifically for social interaction, they can speak, teach, engage, communicate non-verbally and even crack jokes.

“We build facial-expressive robots to help people with disabilities − especially those with autism and other neurodiversities − to learn social, emotional and behavioural skills so they can better interact and engage with other people.

“In our lifetimes, we’ve seen incredible evolution in robotics – and they’ve really become a part of daily lives for many people. Social robots don’t replace teachers and therapists, but what they do is empower them by teaching humans to better express themselves and communicate, especially children with autism – and sometimes human therapists are not the best starting point for them,” explained Margolin.

He introduced the audience to Milo, a facially-expressive humanoid robot developed by RoboKind, which has been adopted into the Potential Development School for Students with Autism team.

Milo has taught thousands of students globally with autism, by guiding them towards social and emotional mastery – by asking a series of questions from five different modules programmed into the robot. The modules are designed to help students with autism to improve social behaviour, such as making eye contact, how to calm down when anxious, and how to behave in certain social situations.

Describing its key responsibilities to the audience, Milo explained: “I’m consistent and more patient than any human being can ever be. If I do my job well, my friends use their new skills with their human friends. I help my friends to communicate with the world around them, to better understand it and to live more independent lives.”

Kamal Youcef-Toumi, professor of mechanical engineering and co-director of the Centre for Clean Water and Clean Energy at the Massachusetts Institute of Technology, also addressed the roundtable.

“Social robots are the present and the future, because if you look at the word ‘social’, it relates to community – a community of people, a community of animals, or whatever it is,” he noted.

Why do autistic kids respond so well to robots?

Can a Social-Emotional Learning Curriculum Make the Difference?