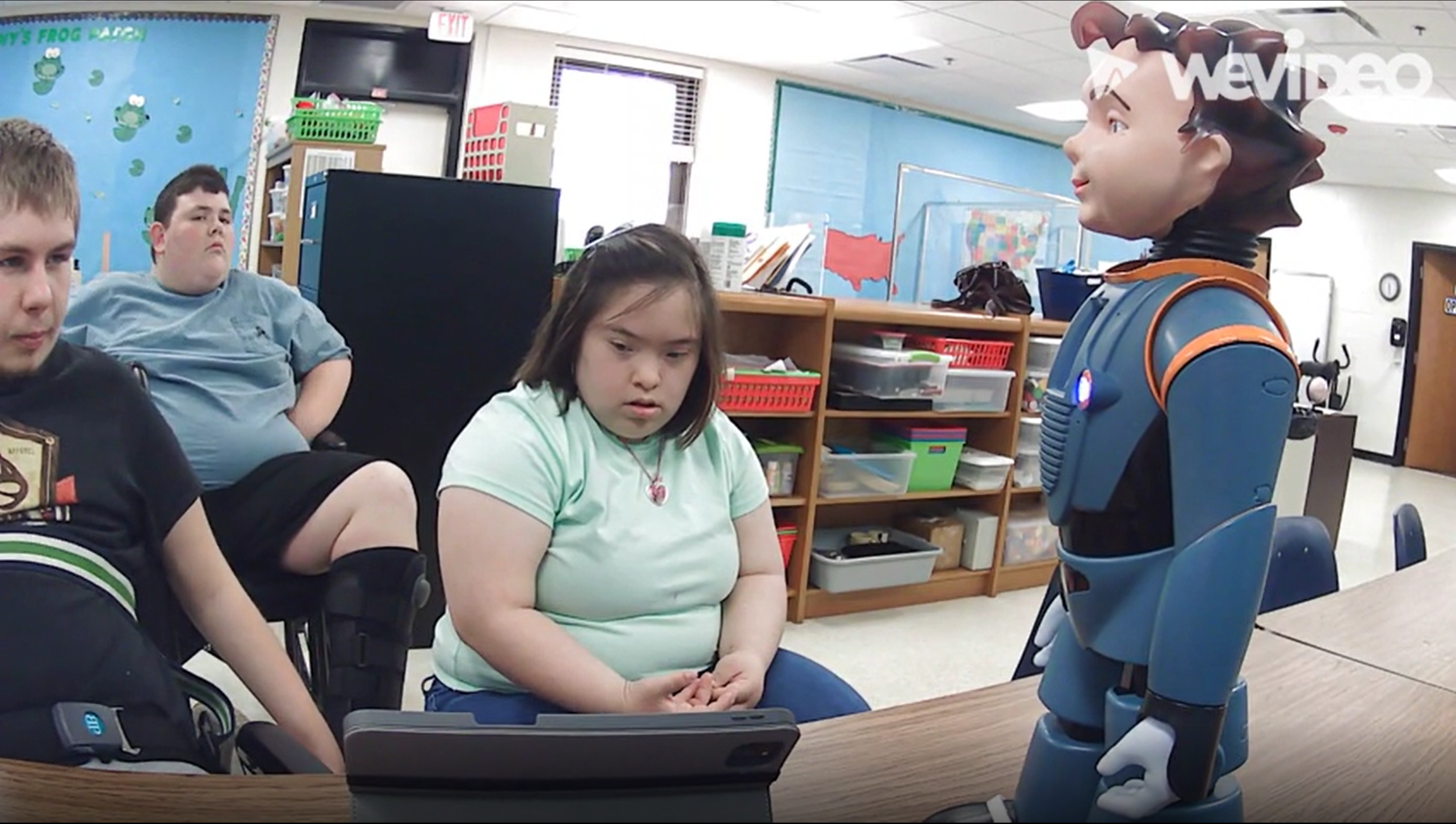 This story was originally published by WYFF. View the full story here.

PENDLETON, S.C. — Some autistic students in Anderson County are getting extra help in the classroom thanks to a robot named Milo. School officials said Milo teaches students lessons and asks them questions. They said Milo is even helping students who are non-verbal make progress.

"Students on the spectrum tend to respond more to that robotic voice that's slow-paced, so that's a big reason why our students respond to him. He's also really cool. He's different than the teacher, so the students are really interested in what he does and the things he tells them. It just really gathers their attention," said Dr. Laura Simmons, director of special services for Anderson School District 4.

"If we can get a student to sit for 10 or 15 minutes just to focus, the hope is that will start to translate into the classroom when we're doing instruction," Simmons said. "I had the privilege of working with Robokind and Milo is in his very early stages of development. When I became the Director at Anderson Four, I knew we needed Milo to help engage and assist some of our neediest non-verbal children in the district.

Milo has been an amazing addition to our "staff" here in Anderson Four. He is well-loved and respected by all that utilize him.  We have already seen great progress with the students he is working with in attention, communication, and engagement.  He  has been a great motivator for work completion and interaction.

Milo is making his way around Anderson Four and the district has great things planned. We are so excited about our partnership with Robokind and the amazing outcomes from Milo for our students."

RoboKind tells WYFF4 that there are about 35 robots being used across South Carolina.